Latest News
Weight Loss Tip of the Day: “Keep the proportions, lessen the portions – serve meals on smaller plates!”         Tip of the Day: “Whatever the season that comes to stay, drink two litres of water every day!”
By Kate Partridge on January 31, 2019 in Diet 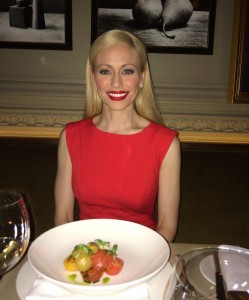 If you were to ask the average person “What should you eat to stay healthy?” they might reply thus: a balanced diet, low fat food, no red meat, no junk food and, more recently, veganism. But perhaps the most common response of the last decade is “five a day.”

“Five a day” refers to the World Health Organization’s 2003 recommendation that individuals consume “a minimum of 400 grammes of fruit and vegetables per day (excluding potatoes) for the prevention of chronic diseases such as heart disease, cancer, diabetes and obesity, as well as for the prevention and alleviation of several micronutrient deficiencies.”

In other words, to stay healthy you need to eat at least five portions of fruit and veg every day.

Governments across the globe adopted the scheme and the catchphrase. The UK was no exception, with “five a day” becoming the nutritional proverb of food packaging.

Yet a 2017 report by Imperial College London found eating double this amount – 800g or 10 a day – provided further protection “against all forms of mortality.” Apparently five a day simply isn’t enough.

But, in real terms, how much food are we talking about?

An 80g portion of fruit roughly equals “one small banana, apple, pear or large mandarin,” while “three heaped tablespoons of cooked vegetables such as spinach, peas, broccoli or cauliflower” count as one portion of vegetables. And remember, for optimum health, you need to eat ten of these. Daily. The creators of spinach-loving Popeye were on message. 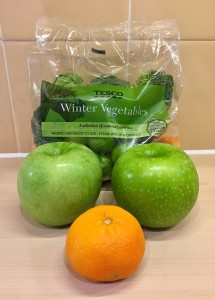 The researchers also found the following foods may help prevent heart and cardiovascular disease, stroke and early death: apples and pears, citrus fruits, salads, green leafy veggies like spinach, lettuce and chicory, and cruciferous vegetables such as broccoli, cabbage and cauliflower. Or, as my Grandma used to say, you can’t beat a brassica.

And the following veggies may also reduce the risk of cancer: greens, such as spinach or green beans; yellow vegetables, like peppers and carrots, and the cruciferous types. A Brussels sprout is for life, not just for Christmas.

The report concludes: “Most likely it is the whole package of beneficial nutrients you obtain by eating fruits and vegetables that is crucial to health.” And eating 10 a day could save 7.8 million premature deaths worldwide every year. Staggering.

Yet all this might seem a large amount of food to pay for, prepare and consume within one day. Taking the above guide, 800g equals 30 tablespoons full of vegetables or ten pieces of fruit. Or any variation of the two to make up 800g.

On the bright side, fruit and veg are usually low in calories and high in water and fibre, so your metabolism and powers of excretion should be wonderfully efficient. And the quantity and quality of the produce should ward off cravings for sugary and salty treats, as hunger is unlikely to be an issue.

So how do we aim for five a day and build it up to ten? In this time-strapped era, can we do it quickly? And can we do it on a budget?

Fruit is easy. Readily and cheaply available in supermarkets and local shops, it usually just needs a quick rinse before it can be eaten or added to a lunch box. Veggies take more preparation. But there is a quick and simple solution. 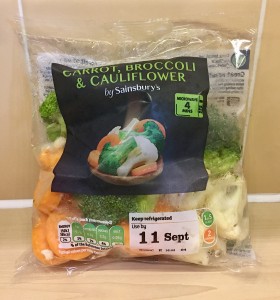 Ready-To-Cook Veggies: A cheap, available and fast way to boost your body’s Ten-A-Day intake of vitamins, minerals, water and fibre

The big supermarkets all produce small bags of vegetables that can be pierced with a fork and popped in the microwave for a few minutes, either at home or in the office.

The standard weight is around 100g, so more than one recommended portion, and for around £1 a bag not overly expensive, especially given the benefits. Even cheaper, you could buy big bags of frozen vegetables, take out what you need, and heat that up.

I buy two small bags of mixed veggies, pop them in the microwave, and then empty them into a bowl with a curl of butter or drizzle of olive oil and a dash of black pepper. That’s two-and-a-half portions of vegetables in one hit that can work as lunch, an afternoon snack or supper.

To make it a protein meal, I add a handful of grated cheese on top and pop the bowl back into the microwave for a minute to melt the cheese. A delicious winter snack.

A 500g bag of mixed vegetables spread over one or two meals would cover a lot of your nutritional requirements. Three or four pieces of fruit during the rest of the day would make up the 800g. Taken that way, reaching 10 a day doesn’t seem too difficult.

Low prices, wide availability and fast preparation have led to the explosion of nutrient-low health-stunting junk food. But with just a quick trip to the supermarket, low priced, widely available and fast-to-prepare fruit and veggies could beat junk food hands down as nourishing, healthy and tasty alternatives.

Just remember to boost your intake gradually – a little more fruit or a couple of extra pieces of vegetable each day – to ensure your digestion adapts properly. Going from one to ten in a day or two can be rather a shock to the system!

Cheap, available, fast. Turn that junk food mantra into Ten a Day for a long and healthy life.

Labels for Life
Can You Boost Your Immune System?