Latest News
Weight Loss Tip of the Day: “Keep the proportions, lessen the portions – serve meals on smaller plates!”         Tip of the Day: “Whatever the season that comes to stay, drink two litres of water every day!”
By Kate Partridge on May 4, 2020 in Diet, Holistic 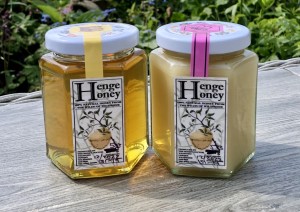 Nature’s sweet healer: honey is sweeter than sugar, absorbed more quickly, contains vitamins, minerals and enzymes, and has been used therapeutically for centuries

When I was a little girl, my mother didn’t put sugar or salt in her cooking. Consequently, when I first ate a mass-produced apple pie, I almost did a somersault from the sugar rush.

Sweetness became synonymous with treats and immediate energy, and as a sport-mad child I looked forward to them, though the net result of hyperactivity sent anyone in my near vicinity racing for the hills. (I’m still cautious about eating sweet snacks while broadcasting, as my speech pattern can swiftly turn into the cartoon network with an impromptu chocolate bar).

When I was 15, to balance my yo-yoing moods and energy requirements with a healthier alternative, my grandmother suggested eating honey instead. Initially unconvinced by the crystallised jar, sticky texture and slower effect, I reluctantly persisted with it to keep my grandmother happy. But the net result of feeling calmer, focused and healthy again was worth it.

Refined sugar, or sucrose, is the most widely used form of energy-giving carbohydrate. But consuming excess amounts can lead to tooth decay, obesity, stress, fatigue, high cholesterol levels, hypoglycaemia and diabetes. While a high-sugar diet can also reduce the consumption of foods that contain essential vitamins and minerals, a situation known as nutrient displacement.

Some reports claim that, in 1957, American doctor William Coda Martin classified refined sugar as a “poison” because it’s been depleted of its life forces, vitamins and minerals, leaving only “empty calories.”

The argument is that, without the essential vitamins and minerals that were supplied by the plant, our bodies are unable to properly digest these calories. So to metabolise it, our bodies draw upon their own stores of essentials, depleting itself, and creating imbalances and harmful by-products in our system. Thought-provoking stuff.

In contrast, raw untreated honey is sweeter than sugar and absorbed more quickly. It also contains low levels of B vitamins and some minerals and enzymes, and nutritionists claim it doesn’t upset the mineral balance like refined sugar does. 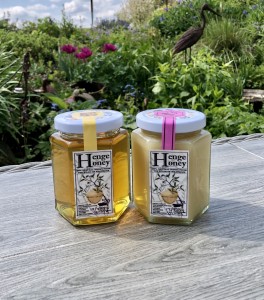 The colour and flavour vary according to the origin of its flowers and nectar. The sweetness is a combination of simple sugars: glucose, fructose, maltose and sucrose. Paler-coloured set honey is produced in early spring, when the ratio of glucose to fructose is high. While in the summer, the fructose level increases and this makes the honey more runny and golden.

Honey has also been used therapeutically for centuries, traditionally to treat sore throats and coughs, stomach ulcers, canker sores of the mouth and lips, high blood pressure and constipation. It also has a calming effect, and can be applied externally to wounds and burns.

According to scientist and beekeeper Dr. Mark Fife*, eating local honey can also help prevent allergies in the local population.

As honeybees collect pollen for their baby bees, small amounts of it will end up in their honey. As these allergens are then delivered to people in small, manageable doses, the effect over time is similar to having a series of allergy desensitisation injections.

Dr. Fife suggests the most beneficial effects are felt after eating two teaspoons a day of local honey for several months prior to the pollen season.

He’s also concerned at the decreasing number of bees. This is a major issue because, of the 100 crop species that provide 90 per cent of the world’s food, over 70 are pollinated by bees. The earth’s population needs to cherish its little apian life-givers before food supplies, including honey, become scarce and prices rise.

It also takes a lot of bees to make honey. In their lifetime, one bee will make only 0.8 grammes. It also takes one million flowers to make a jar of honey, and the bees will have to travel 55,000 miles to get it. That’s the equivalent of walking around the UK five times. Not for nothing is the sleepless bee called “busy.”

So one solution to widespread health, environmental and economic issues seems simple: cut out sugar, eat local honey, and protect our bees.

*Dr. Mark Fife lives in Wiltshire and has 12 hives producing his own delicious “Henge Honey,” which you don’t have to be local to appreciate!