Latest News
Weight Loss Tip of the Day: “Keep the proportions, lessen the portions – serve meals on smaller plates!”         Tip of the Day: “Whatever the season that comes to stay, drink two litres of water every day!”
By Kate Partridge on April 16, 2020 in Hair & Face

Legend has it that Marlene Dietrich was one of the first Hollywood stars to use surgical tape as an age-defying trick. In her forties, the German-born actress pulled back the skin on her face with the tape and then hid it in her hairline or under a wig. 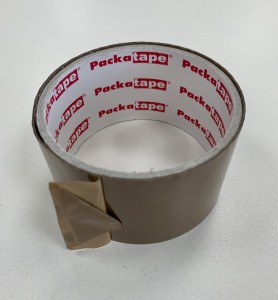 Don’t try this at home: taping to make the face look younger began years ago, but approved products are preferable to packing tape!

I remember reading about this when I was a Hollywood-obsessed teenager. Thinking prevention is better than cure, I gave it a go with brown packing tape.

I soon discovered my 14-year-old face had no loose skin to pull back, so I put a strip across my forehead instead. After looking in the mirror and laughing heartily, I noticed that when my forehead moved, the tape crinkled and I heard it.

Inspired, I thought: what if Marlene’s anti-ageing trick could be applied as long-term prevention rather than a short-term fix? If I stopped frowning when I heard the crinkle – kind of like Pavlov’s dog meets Jennifer Lawrence – then could I train myself not to frown and prevent any lines before they started?

In a personal experiment I don’t recommend aesthetically or socially, I started taping my forehead with anything that stuck to my skin and could be hidden under my hair – sellotape, masking tape, plasters. I didn’t tell anyone what I was doing, but those friends who spotted my “Marlene strips” thought that I was trying to hide spots, it was hilarious and I was off my rocker.

Undeterred, every week at home, I would substitute the tape with mud packs. By their nature, these prevented my face from moving, and I washed them off when they were dry, and my adolescent skin was cleansed (of adhesive) in the process.

It was a cheap form of non-invasive, preventative Botox before Botox was available. Careful removal was the only caveat to ensure no pain, unstretched skin – and a full set of eyebrows.

Eventually time and opportunities to continue my face taping experiment faded. But I think some “face training” habits stuck – and for over 20 years, I would argue that I had fewer forehead lines than my peers. Nowadays, preventative Botox is widely used with the same long-term aim. 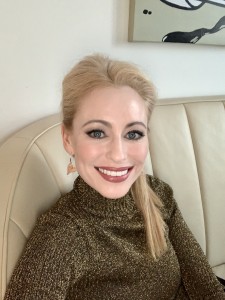 I thought my “Marlene strips” were unique (and my fortune was made), but some beauty houses have developed products that are dermatologically friendlier and considerably less visible than masking tape – and one has been around for over a century.

Frownies came out in 1889 and have remained relatively unchanged. The variety of sticky patches supposedly “re-train” the facial muscles over time when applied to the face at night. Furlesse patches work in a similar way but are latex-free and more transparent; and there are a host of other brands.

Theoretically, the lines which can form from sleeping on your side every night can be prevented, and even reduced, by taping the patches onto that area. The tape keeps the skin smooth, preventing further repetitive motions. But in practice, the wrinkles will reform after removing the tape, casting doubt on the manufacturers’ claims the patches will make a difference over time. I have ordered some patches and will let you know how I get on.

Of course, there are proven methods for reducing and eliminating wrinkles such as Botox, dermal fillers and laser resurfacing, or temporary props for special events like Mark Traynor’s miracle face and neck lift.

But regardless of whichever treatment the age-conscious favour, I would make the following observation.

Become face aware. Stop and think about the expressions you are constantly pulling. I find that watching myself talk in front of a mirror, on video chats and on film has made me realise just how expressive I am – which doesn’t always flatter or offset marionette lines.

I still try to relax my face and scalp as often as possible. I recall those restless days in my poster-filled bedroom, trying to resume a mask of tranquility whenever I heard the infamous tape crinkle. As relaxation methods go, trying to make oneself expressionless is perhaps unorthodox but surprisingly effective. Give it a try. Your future complexion (and blood pressure) might one day look back and thank you.